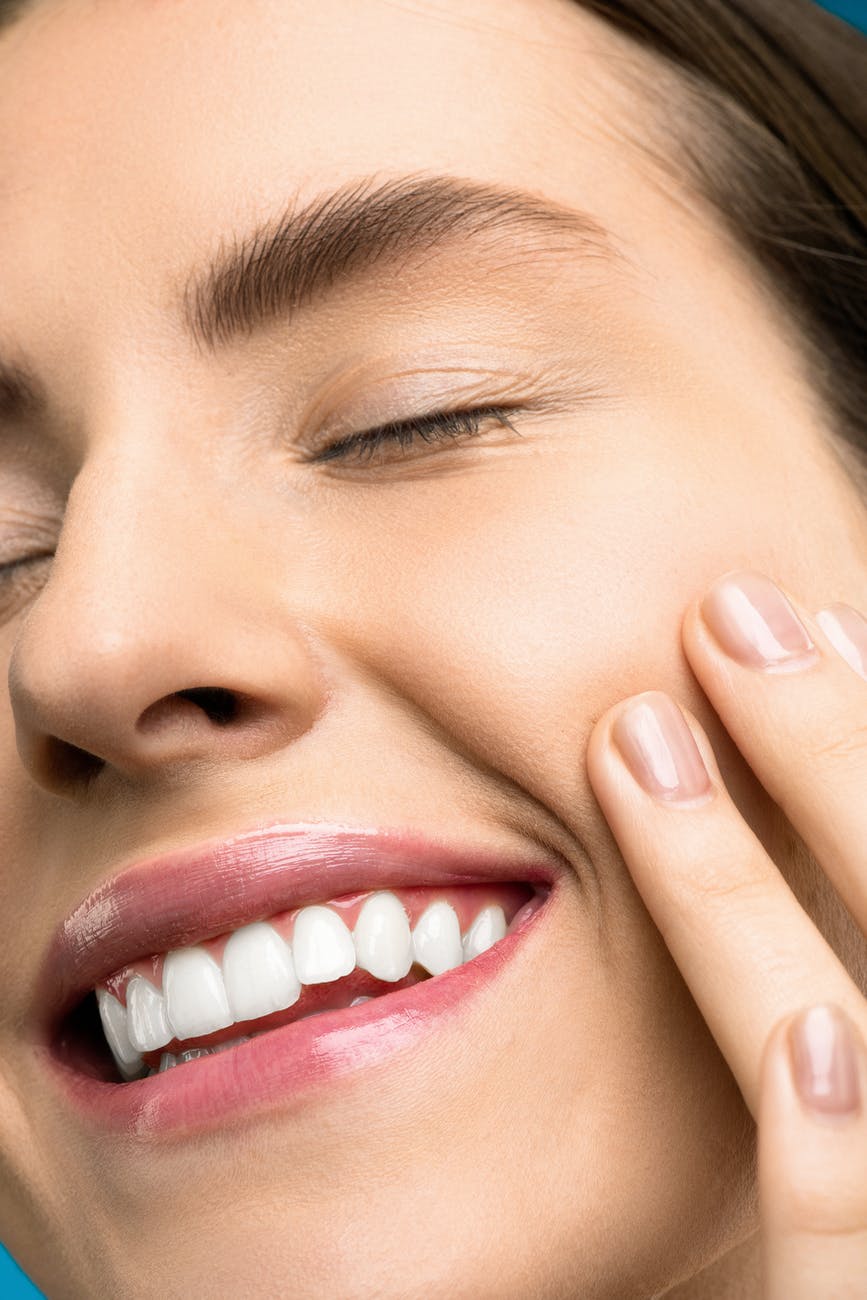 Teeth whitening is a cosmetic and aesthetic dental procedure , which involve bleaching your teeth by adding peroxide mixture. It cann`t make your teeth brilliant white , but it can make them lighter by several shades .

Teeth whitening is a quite simple dental procedure, which is pretty painless . First of all , all teeth have to be cleaned before whitening ,and after that the existing shade must be determinate . Gums and oral tissue are then protected with gingival barriers, and hydrogen peroxide gel is applied on teeth surface. After app. 3x 15-20 minutes , whitening gel has to be removed.

As an undesirable phenomenon during teeth whiteninging a temporary tooth sensitivity to cold that occurs at 50% of the patients should be mentioned. In these cases the patient is advised to reduce the frequency of usage of the application tray (instead of each night – every second night), to reduce the concentration of the bleaching gel and treating the teeth with medecines that reduce the sensitivity of the teeth. This phenomenon is always of a transitory character.

Afterwhitening and the stabilization of the teeth color (after at least two weeks) all visible fillings should be replaced because their color does not match the color of the bleached teeth.

Non-vital teeth, so called “dead teeth”, are those whose nerves are extracted from the nerve root canal. Eventually these teeth change color and become noticeably darker than the surrounding “live” teeth. The procedure of tooth bleaching of these teeth lasts several days and, in most cases, it is possible to restore the previous color and glow.

A procedure in which, after taking the jaw offprints, splints (trays) for the teeth are made for the patient, that serve as carriers for the whitening gel in home conditions. This procedure is very safe and simple as whitening gels of lower concentrations and of renowned manufacturers (Dentsply, Vivadent, Ultradent) are used, that do not damage the soft tissue. A patient can, after a short training in the dental centar, can easily bleach his own teeth, using the application tray loaded with gel during the night or day, and visiting the dentist only for periodical controls. Although this technique is relatively simple and cheaper than laser whitening the results appear gradually and during the whiteing abstinence of smoking and drinking heavily coloured substances (coffee, tea, cookies, red wine, etc.) is advised.